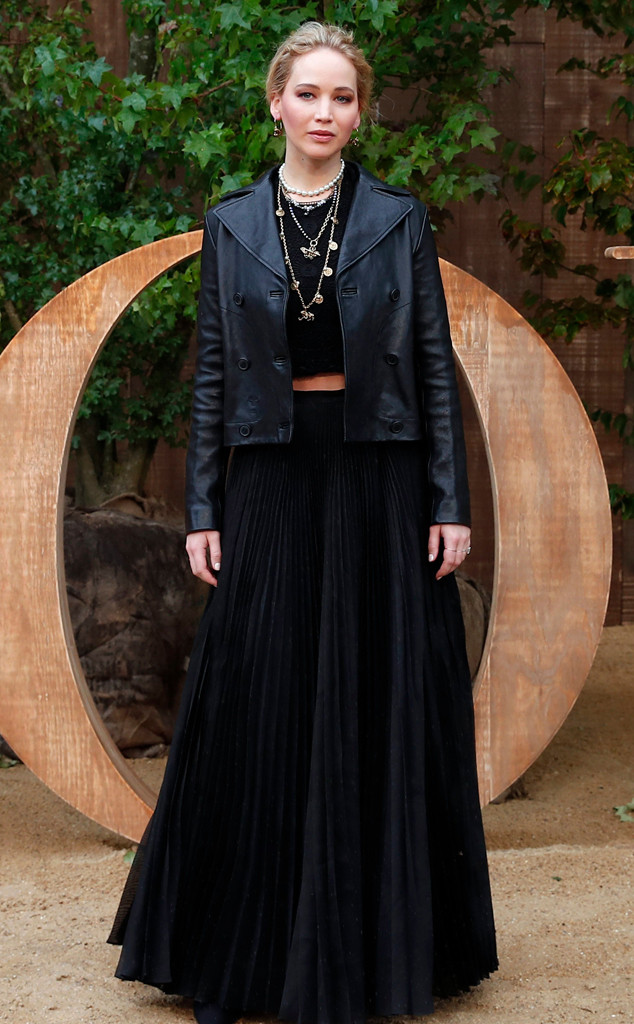 A woman was arrested after walking into Jennifer Lawrence‘s house on Sunday night.

LAPD confirms to E! News that they responded to a trespassing call at 9:15 p.m. and arrested a 23-year-old female. Law enforcement sources also tell TMZ that the woman entered the front door but security was able to stop her before she made any contact with the actress.

“They restrained the suspect,” a source tells E! News.

The source also shares that Lawrence’s husband, Cooke Maroney, was home at the time.

In response to why the girl was at Lawrence’s home, the source tells E! News, “The girl didn’t want to meet Jen.”

Lawrence, who has yet to speak publicly about the intruder, has been keeping a low profile over the last several months as she enjoys newlywed life. In October, the Hunger Games star tied the knot with art gallerist Maroney. The couple wed in Rhode Island on the grounds of the Belcourt Mansion in front of celeb guests Adele, Ashley Olsen, Nicole Richie, Cameron Diaz and Joel Madden.

“Guests were greeted on a lawn with cocktails served in copper mugs,” an eyewitness told E! News. “The wedding had all the touches of fall with dark colored flowers, apples in baskets and open fire spits roasting beef. All the food was prepared outdoors with wood roasted fish and heirloom roasted carrots and squash as part of the menu.”

“They had a DJ and everyone danced for hours,” the eyewitness said. “They played all the classics from Jackson 5 to Aretha Franklin. Nobody wanted to leave. Many stayed until 2 and 3 a.m. Corey Gamble visited the Boston’s Baddest Burger food truck and got burgers and fries for him and Kris as they waited for their car.”

“It was an all night party,” the eyewitness continued. “Jennifer and Cooke didn’t leave Belcourt until 5:30 a.m. They were the last guests to leave. The looked very happy but tired. Jennifer had on a long sleeved jeweled dress. Her hair was up with strands framing her face.”

The couple later embarked on a honeymoon in Indonesia.