Macy’s understands the excitement, and gave parade fans a delightful sneak peak of the new characters we’ll see flying above us in the annual holiday tradition in New York City.
The new balloons were flight tested in New Jersey Saturday “under the direction of Macy’s highly skilled flight management team,” according to a press release.
“Along with a few hundred handlers, the team will take the balloons out from an outdoor trial run to get firsthand experience flying the new stars ahead of their Thanksgiving Day debuts,” the release said.
Who are the new characters?
The balloons include the beagle Snoopy, which Macy’s says got an “out-of-this-world makeover” as an astronaut this year.
“Decked out in astronaut gear, the newest Snoopy balloon design marks the eighth version of Charles M. Schulz’s treasured comic character and honors the 50th anniversary of the moon landing and future space missions,” Macy’s said. 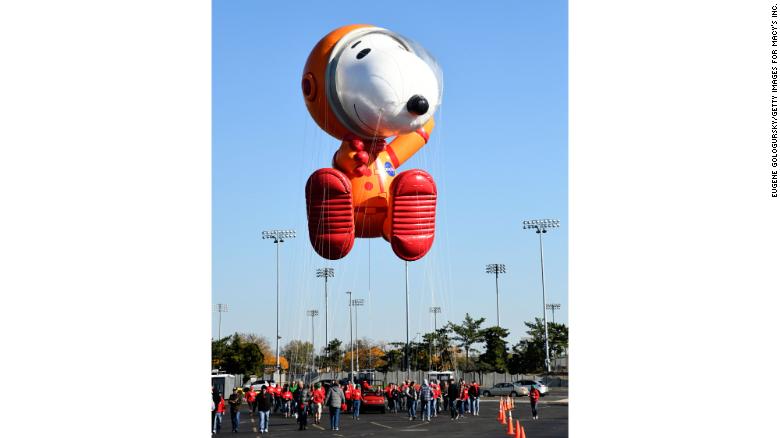 Astronaut Snoopy by Peanuts Worldwide is seen on the test flight on November 2
The balloon is 49 feet tall, the store said.
Other new characters include Guy and Sam from Netflix’s “Green Eggs and Ham” (who will be flying in a hammobile) and — of course — Nickelodeon’s SpongeBob SquarePants and our favorite sea snail in the world, Gary. 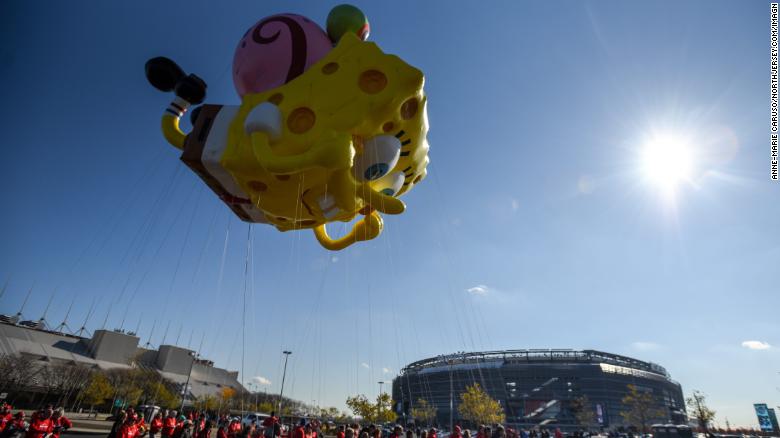 A SpongeBob SquarePants and Gary balloon flies in front of Metlife Stadium
Smokey Bear will also be in the sky this year, celebrating the advertising icon’s 75th birthday.

I am so excited to be back in the @Macys Thanksgiving Day Parade this year, alongside some of my old friends. Who remembers the last time I got to parade down Manhattan’s streets? What better way to celebrate my birthday than in the biggest parade of all? #MacysParade 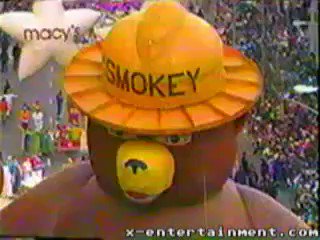 93 people are talking about this
“And as part of the Macy’s Parade’s Blue Sky Gallery series which invites contemporary artists to recreate their artwork as balloons, Yayoi Kusama’s ‘Love Flies Up to the Sky’ will debut,” the release said. 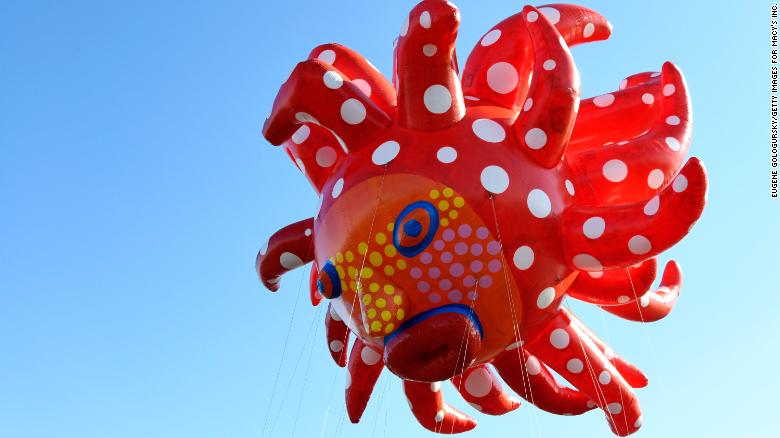